In case you didn’t know, one of my many obsessions is World War II, especially the Eastern European theatre, and especially the years leading up to Hitler’s invasion of Poland in 1939.  It’s a period in which the shadows of totalitarianism slowly but inexorably covered the face of the continent,  a time in which seemingly minor decisions ended up having catastrophic consequences.

It’s also a time of style and grit, sophistication and a weary strength among the good people of Europe.  You have to remember that the world was still recovering from the disaster of World War I, the Great War, and that colored the world view, the dreams, and the fears of the interwar generation.

In short, Europe at that time was totally Noir.  Dark, bitter chocolate, coffee at 2 a.m., a cigarette for breakfast.  I’m obsessed with the period, because I often wonder how I would have survived it myself.  And I wonder about the Europe that could have been, had world events played out in a different way…

other obsessions is reading awesome books :)  And until recently I didn’t realize there was a sub-genre, Nazi Noir, that categorizes so many books that I love.

The grand-daddy of Nazi Noir is the awesome Alan Furst.  His dangerous, edgy pre-war spy novels are the next best thing to time-travel to the Paris, Warsaw, and Balkans of the 1930s.  Jaded characters who see too clearly where things are going in Europe, and who pay the price for trying to do something about it.  He calls his novels “historical espionage,” but the mood is noir, baby, total noir.

His stories unravel and float away like cigarette smoke in a nightclub, more atmospheric and literary than plot-oriented.  I love these books, though usually I go for books with a stronger, more linear plot.  These books haunt me, in the best, most wonderful way.

Rebecca Cantrell is the author of the marvelous Trace of Smoke, the first book in the Hannah Vogel series.  If you like these kinds of stories, do yourself a favor and read these — they feature a strong, dynamic heroine in the Berlin of the early 1930s.  Again, these books are so atmospheric you’ll hear the click of Hanna’s heels on the pavement as she tries to

My writing teacher  Kris Rusch recently released  Hitler’s Angel, an edgy murder mystery set in both 1970s and 1930s Berlin.  It tells the story of the real-life murder of Hitler’s niece, Geli Raubal, in Berlin in 1931 (truly a pivotal time in German history).  This story has a kicker of a twist at the end, one that puts the story before into a philosophical light.  A taut, intense read. Kris also writes paranormal Nazi Noir, and that, I tell you, has all my reader cookies right there.  Nom, nom, nom.  Read this novella for free online at Subterranean Press Magazine — I just loved it:  it’s called “Show Trial,” and though it’s set in the immediate aftermath of the war, it’s plenty noir.  Intense, morally ambiguous, and really cool.  Check it out! 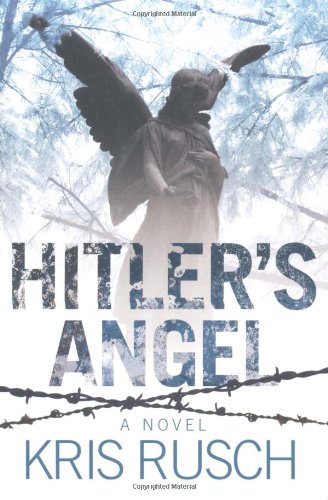 You realize I could just go on and on, right? :)

I’ll stop now, and probably do this again soon.  There was an excellent article in Booklist recently that listed more books in the genre, and that’s a great place to start if, like me, you are drawn to the period, and you want more recommendations.